"It was painfully clear some type of intervention was needed. And since I doubted Richard had very many friends, it would be up to me to confront him with the brutal truth. So after yet another particularly horrific tee shot at No. 18 — and an accompanying excuse — I laid it on the line. “Richard, could it be that you’re just not very good at golf?”” 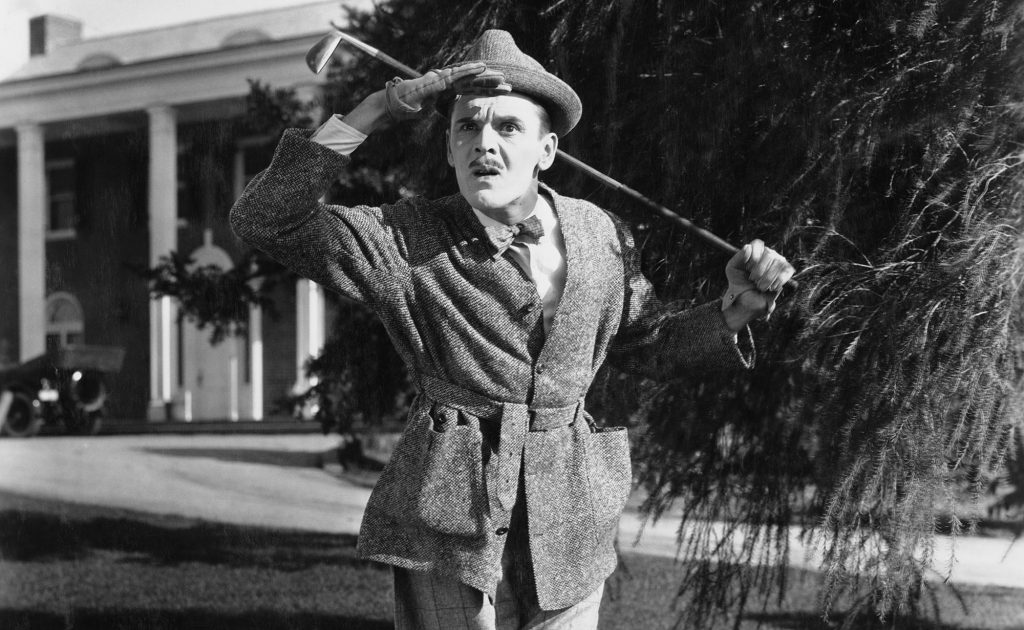 Okay, I admit it. I absolutely love playing golf with someone who is having a really crappy day. First, it makes me feel a lot better about my own ineptitude. And second, you never know what outlandish excuses you’ll hear… ones that you can store away for your own personal use later.

There are two types of bad golfers. One accepts the fact that, no matter how much he practices, he’ll never break 100. He pokes fun at his own swing, tells the best golf jokes, fixes his divots, complements his playing partners, pays for rounds of beer, and genuinely enjoys just being out on the course. It’s not that he doesn’t take golf seriously. It’s just that he doesn’t take his particular game too seriously. Invariably, I never get to play with that guy.

Instead, I end up having to play with the bad golfer who honestly believes he’s a PGA TOUR pro. Admittedly, this type of bad golfer usually looks the part. First, it’s the stylish way he’s dressed… brushed cotton yarn-dyed plaid trousers with coordinating white belt; an equally hideous polyester-blend shirt with the logo of some hoity-toity private club emblazoned on the left breast pocket; exotic leather wing-tipped golf shoes; and a two-toned ‘par-4’ cap.

There’s also his clubs. No game-improving cavity backs or easier-to-hit hybrid irons for this fella. Remember, he’s a real pro. And pros only play custom-made forged blades. Same for his driver. Only wanna-bees and sissies stoop to playing with graphite shafts and 11-degree lofts. For him, it’s extra-stiff steel with almost zero loft.

The rub is that the delusional bad golfer must eventually tee it up. If you’re ever paired with him, pay very close attention. Because over the next 18 holes you’ll hear every excuse in the book, plus a litany of new ones. I should know. I played with that guy a few months ago.

I enjoy the camaraderie of playing with my regular foursome. But sometimes it’s nice to play alone. Hit a bad shot… drop another ball. Miss a putt… try again. Get a hole-in-one… who’s to say it didn’t really happen. So with that in mind, I headed to my favorite public course in town with the idea of enjoying a leisurely mid-week round.

The golf god on duty that day (yes, there’s more than one) had other plans in store for me. Perhaps it was payback for that penalty stroke I forgot to count a few weeks earlier. Maybe it was for breaking my promise to practice more. Or I guess it could’ve been the flirtatious remark I made to that really hot beverage cart girl. No matter the severity of my atrocity, the retribution handed down was excessive to say the least. His name was Richard, but he told me all his friends just called him “Ace.”

Richard, I mean Ace, was a “single” looking for someone to play with. He must have spotted me getting out of the car because he was waiting for me outside the pro shop. “Need somebody to play with?” he asked. “The guys I was supposed to play with didn’t show up.” 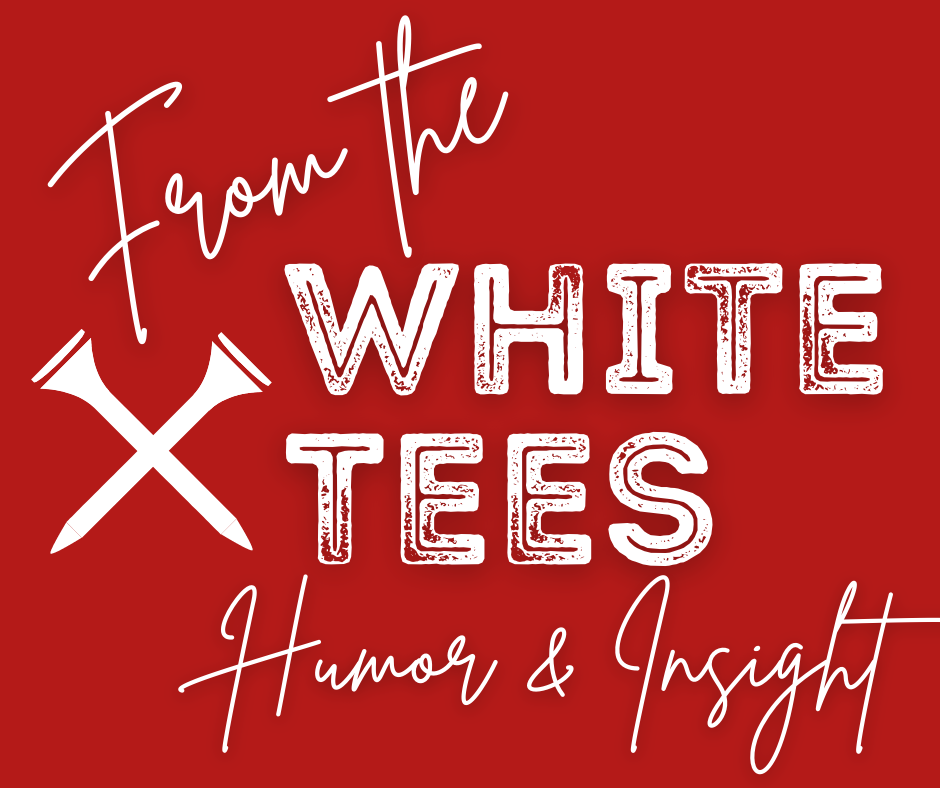 “I end up having to play with the bad golfer who honestly believes he’s a PGA Tour pro. This type of bad golfer usually looks the part.”   -Bud Key

I offered a weak excuse about not being very good. It wouldn’t have mattered if I told him I had a contagious disease — the kind that affects the nether regions down below. Richard wasn’t going to take “no” for an answer. Plus, he added, “I’m really, really good so you’ll certainly pick up a pointer or two.”

I typically play from the white tees. Richard insisted we move back to the blues. Maybe it was my competitive juices kicking in. Or the pure disdain I had already developed for my new best friend, Ace. But I split the fairway with a 275-yard bomb dead off the screws. “Pretty good,” he said, though I detected a hint of sarcasm in his voice. “Next time keep your chin tucked a little more and rotate your hips 10 degrees less.”

It was then Richard’s turn. “I usually play a fade but I think a hard draw will work better,” he said, surveying the hole. Next he tossed a blade of grass into the air to check the wind. Four times. Finally, after a dozen or so practice swings, he addressed the ball… only to back away and go through the entire process again.

By now, a line of golf carts eight deep had formed behind the first tee box. Not that the added pressure seemed to bother Richard. Finally, after adjusting the Velcro on his golf glove for the umpteenth time and waggling his driver for what had to be a full minute, he uncorked what anyone in attendance would have described as the worst swing in the history of golf. In fairness to Ace, the ball did shoot out straight and true… for about the first 10 yards. It then banked sharply to the left, making a beeline for the maintenance shed next to the practice range. A loud “clang” a few seconds later indicated the shot had found its target. It would be Richard’s best shot of the day.

Over the next four (or was it six, seven or eight?) hours I watched Richard conduct a clinic in how not to play golf. There wasn’t a shot he couldn’t muster — duck hooks, banana slices, worm burners and the occasional whiff. Ace could hit them all. With ease. And he had an excuse for every one of them. Someone had stolen his clubs and replaced them with counterfeits. He had left the $60 box of Titleist Pro V1s he was playing in his car trunk overnight which had obviously caused them to lose their compression. The cleaners had put too much starch in his underwear. He dog had chewed up his copy of Golf Digest.

It was painfully clear some type of intervention was needed. And since I doubted Richard had very many friends, it would be up to me to confront him with the brutal truth. So after yet another particularly horrific tee shot at No. 18 — and an accompanying excuse — I laid it on the line. “Richard, could it be that you’re just not very good at golf?”

I’ve never actually participated in one of those “Come to Jesus” meetings, or set in the studio audience while Jerry Springer was being taped. But I guess Richard’s reaction to my question was no different from that of an alcoholic, drug addict or cheating spouse… shock, anger, resentment and finally denial.

“Not very good?” he asked. “Name me one PGA pro, dead or alive, who could’ve played his first tee shot so perfectly and have it bounce off the maintenance barn and back into the middle of the fairway.”

Ace was right, of course. I couldn’t. 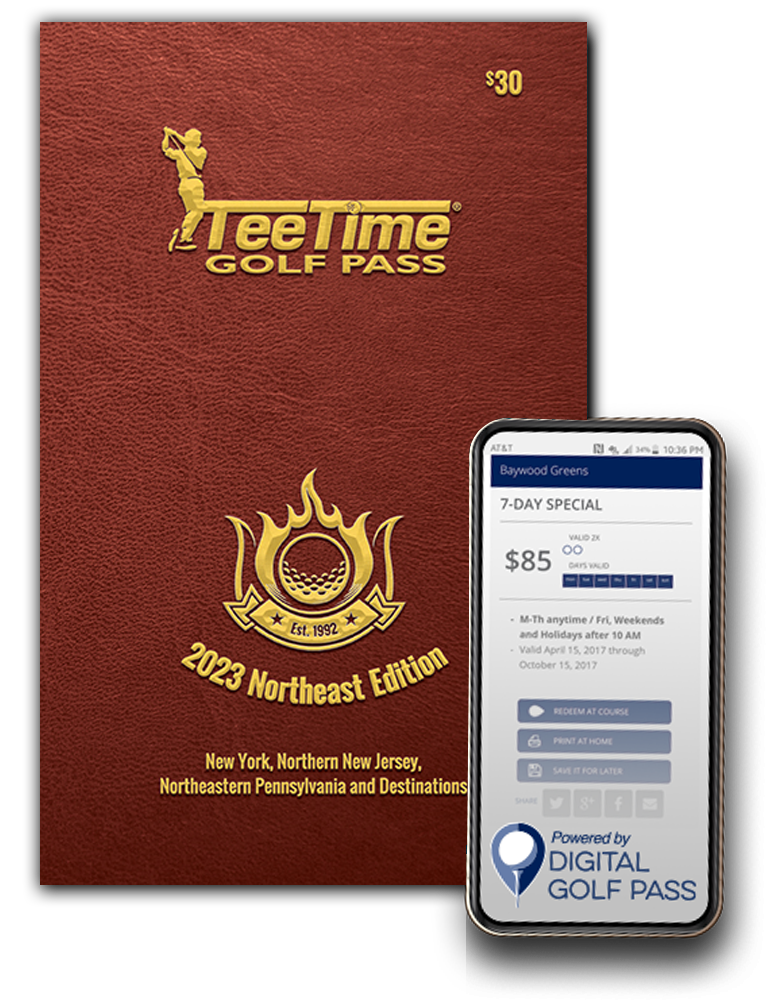 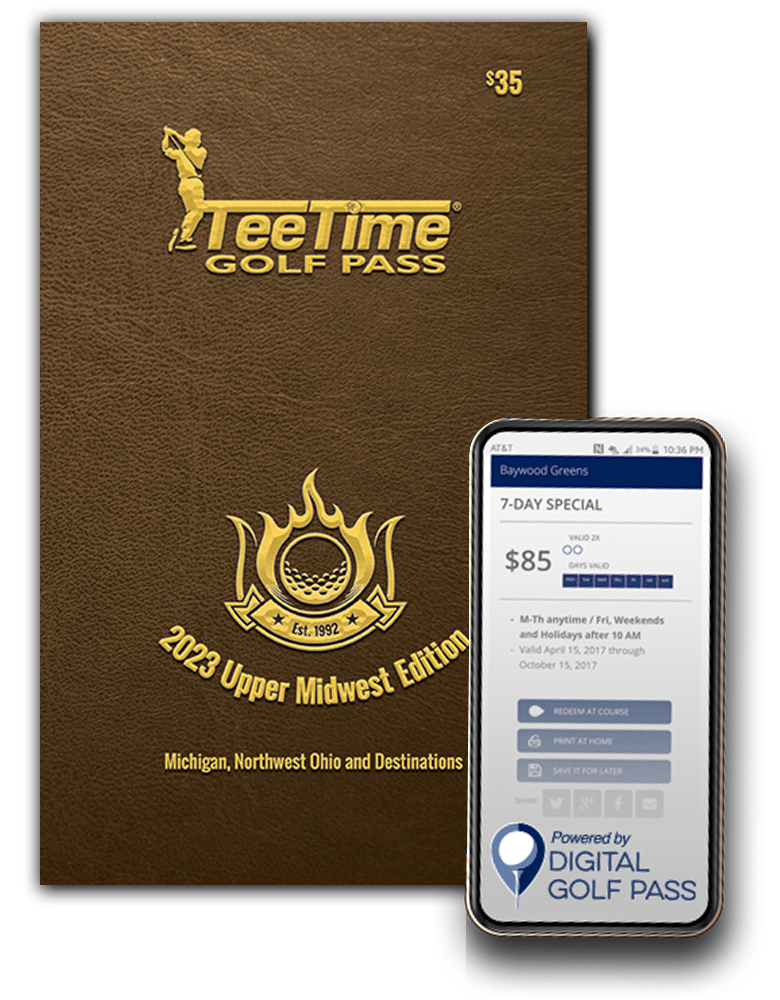 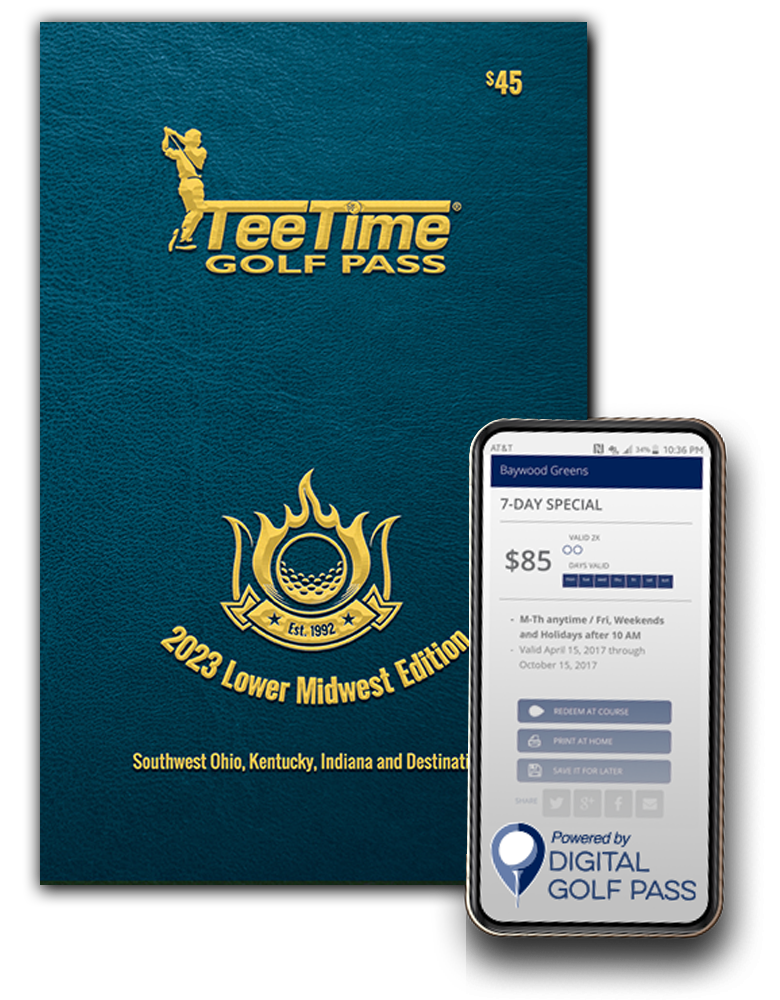 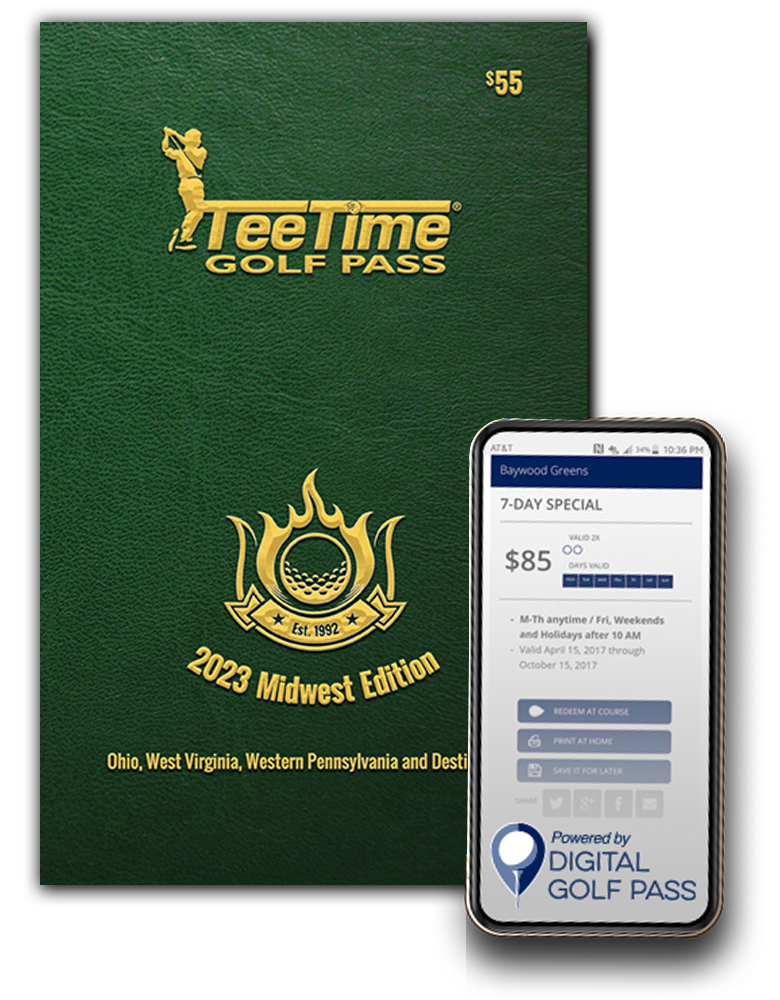 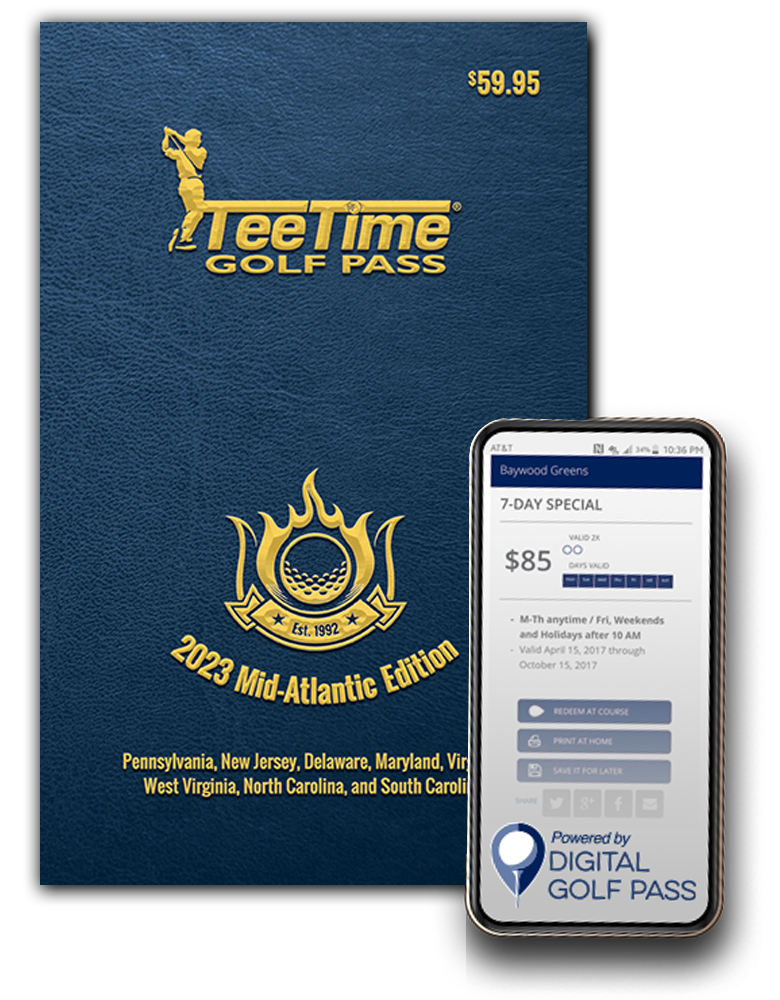